As a student in the late 1990’s I was incredibly fortunate to visit the University of Queensland Heron Island Research Station many times, firstly for undergraduate subjects, and then later for my own research. I became fascinated with working out how we could use remote sensing technologies to figure out how much live coral we had on the reef.

I used satellite imagery, traditional aerial survey, and lots of field measurements to understand how corals reflect and absorb light – effectively showing their colour – in the hope that this would tell the story of their health. In the process, I realised early on just how expensive it was to commission a traditional survey aircraft! When we flew Heron Reef back in 2002, it cost around $40K! The dataset was (and still is!) spectacular, but this was definitely a one-of-a-kind mission at that sort of cost.

Funding wasn’t the only challenge…

At the same time, I realised just how small of an area we covered when we were working in the field snorkelling, diving, and even walking on the reef flat. It never seemed to be ‘enough’ – whatever that actually means 🙂 In this photo, you can also see how bulky the equipment was that we would tow along on the reef to measure coral colours.

I distinctly remember thinking how cool it would be to have my own remote controlled helicopter or something that I could fly when, where, and how often I wanted.

It wasn’t until a few years later when I was a Geomatic Engineering Officer in the Australian Army that I ‘discovered’ drones. Back then, they were only used in the Artillery Corps, but I started to imagine how amazing it would be to use them for environmental mapping.

Fast forward another decade or so, I had my own drone and I was back visiting Heron Reef. In January 2016 I started to capture the most spectacular footage I could imagine. I could finally see the individual live coral colonies as well as many other habitats. I even realised that I could count individual sea cucumbers, which spawned a whole other area of research interest and collaboration. I’m now working with drone flyers around the world to search for sea cucumbers! You can find out more about how to get involved with that project here.

Since then, I’ve travelled up and down the Great Barrier Reef with my drones capturing all sorts of data for mapping. If I need a lot of detail (e.g. to count sea cucumbers), I fly at very low altitudes – around 20m. If I need to cover larger areas and get more of a general map, I fly a little higher. Check out this article to learn more about how I determine the optimal flying height for different applications. There’s amazing software that can stitch together my overlapping photos to create an orthomosaic or map (learn more about that process here), and now our next challenge lies in training computers to more effectively process these huge data sets to answer my questions – how much live coral do we have?

How DO we analyse drone data?

The video below shows some of the datasets that I work with, how they’re captured, and how I analyse them as well. I recorded the video for kids, so I promise that it’s not too heavy on the tech jargon 🙂

Here’s some of the key take home messages from the video:

Where to from here?

It’s my goal to drone map all of the Great Barrier Reef, and use this to truly understand how much live coral we have, where it is, and how it changes over time. But of course with 3,000 individual reefs over an area the size of Italy, this is a mammoth task and not one that I can accomplish alone!

This is where collaboration and community becomes super important. How many people will it take to work together to achieve my vision? There’s already a bunch of drone mapping data sitting under-utilised on personal hard drives. And so much more just waiting to be captured!

To help with this, I’ve developed a drone mapping data platform called GeoNadir. It’s where my drone data live, and they would love some company! If you have drone data, please consider sharing on GeoNadir. If you are a drone flyer who has never mapped before but would like to jump on board, I’m here to help! You can learn how to get started here.

So how much live coral do we have on the Great Barrier Reef?

We still don’t know. But with your help capturing and sharing data, we’ll get one step closer to finding out. We have the tools to work this out, we just need YOU! 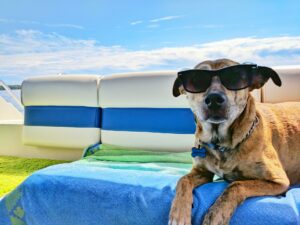 Ten cool features you might have missed on GeoNadir 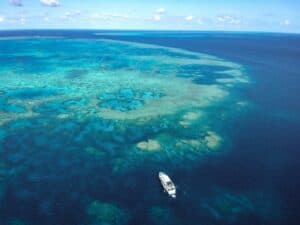 From Codes to Corals: A Grad Student’s Perspective on Fieldwork 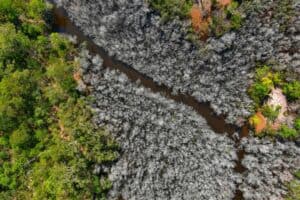 Earth observation reveals the when and where of mangrove dieback